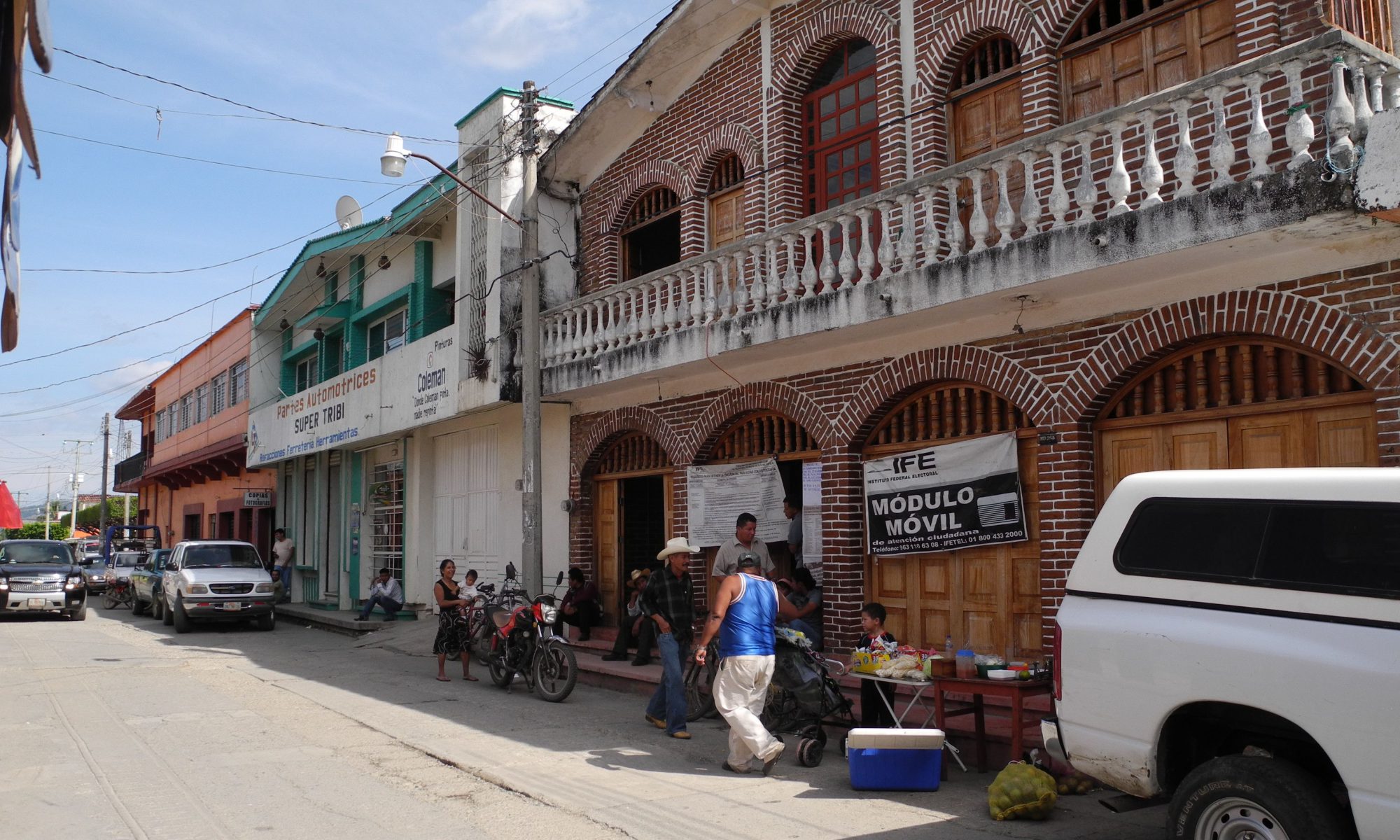 On November 27, 2009, Mariano Abarca was assassinated in front of his family restaurant in Chicomuselo, Chiapas over his leadership in the fight against the “Payback” barite mine that  Blackfire Exploration operated there for two years. A father of four and founding member of the Mexican Network of Mining Affected People (REMA), Mariano received threats and attempts to intimidate him in the months before his murder.

He was even imprisoned without charge based on allegations filed by company representatives. He was released for lack of evidence after eight days. Three months later, he was murdered. All of the suspects in his murder were connected to the mining company; all were eventually released. Those who ordered the “hit” were never charged. The family is still pressing for a full and impartial investigation.

Since his murder, information has come to light about the consistent support that the Canadian Embassy in Mexico provided to Blackfire, despite its considerable knowledge about community conflict over the mine, and the threats that Abarca and others faced prior to his assassination.

Information obtained under an Access to Information request shows how Embassy lobbied Mexican officials to help the company obtain a needed permit that was essential for putting the mine into operation and met with government officials in Chiapas to help protect the company’s interests when local residents became upset with the environmental and social impacts from the project. According to the documentation, the Embassy closely monitored the growing conflict, and yet disregarded complaints raised by Abarca and others, not only about environmental impacts from the mine, but also about armed workers acting as thugs for the company.

When Abarca was detained for eight days without charge, the Embassy received 1,400 letters from across Canada and across Latin America expressing dire concern for his safety. But its communications with Mexican state officials, as revealed in the Access to Information release, were instead oriented toward protecting the company’s interests. Even after Abarca’s murder, and after the mine was shut down on environmental grounds, the documentation shows that the Embassy still provided support to the company, advising it about how it could sue the Mexican state under the terms of the North American Free Trade Agreement (NAFTA).

On the basis of these findings, on February 5, 2018, the Abarca family and supporters filed a complaint with Canada’s Public Sector Integrity Commissioner (PSIC) calling for an investigation into the acts and omissions of the Canadian Embassy in Mexico that they believe contributed to putting Mariano Abarca’s life in danger.

This request was denied ​​because the policies cited in the complaint, including policies on government websites and testimony before a Parliamentary Committee, were not policies that needed to be followed by civil servants. JCAP asked the Federal Court of Canada to review the decision of the Commissioner. Although the Federal court upheld the decision of the Commissioner not to investigate, in his decision published on July 18th 2019, Federal Justice Keith Boswell conceded that “perhaps Mariano Abarca would not have been murdered” if the Canadian Embassy in Mexico “[had] acted in a certain way.” In August 2019, JCAP filed an appeal to the Federal Court of Appeal and four organizations were granted leave to intervene in the case: Amnesty International, the Centre for Free Expression at Ryerson University, the Canadian Lawyers Association for International Human Rights and the Allard International Justice and Human Rights Clinic. A hearing has been announced for Monday November 8. This is the first case that has been brought before a Canadian tribunal for the assassination of an environment defender in connection with a Canadian mining company.

For a complete update on the case, see the Justice and Corporate Accountability Project (JCAP)’s Blackfire Exploration, Mariano Abarca and the Canadian Embassy in Mexico: An Update (April 2021)